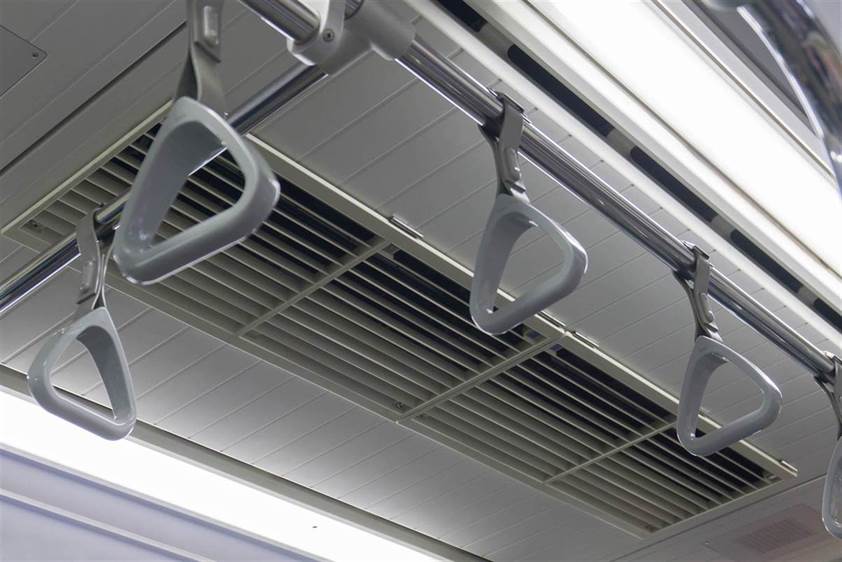 Welcome back to our three-part, John Hughes inspired series on air conditioning in vehicles. Today, we’re going to take a look at the value of air conditioning for cities that use subways or light rail as a part of their public transportation. Imagine riding on a subway from the suburbs all the way to Times Square in New York in 25 degree weather, in a car occupied by dozens of other people all cramped together. Now imagine the same scenario, but you have no air conditioning whatsoever, and you can immediately understand how valuable cool air is to improving ridership (it’s even part of Ottawa’s ridership growth program).

New York’s metro is incredibly old; the subway system has been running since 1904, well before air conditioning was invented. In the early days of the subway, operators knew riders were becoming uncomfortable, so attempts were made to cool them off. In 1910, ceiling fans were installed in some cars; operators admitted that it didn’t actually cool the cars in any observable way, but that passengers felt more comfortable. Today, this makes a lot of sense, because we have a better understanding of how thermal comfort affects your perception of the ambient temperature.

Around 1955, operators started trialing air conditioning in their cars. 1967 saw efforts to incorporate air conditioning on cars ramp up, and by 1983, around half of all cars in the subway system had air conditioning. Today, 99% of all railcars in New York are air-conditioned, and cars without air conditioning aren’t supposed to be added to any of the trains. Now, New Yorkers don’t have to suffer the 30 degree temperatures you might have seen in the subway cars back in the early 1900s.

One would hope that the story ends there – a victory for cool and comfort! Unfortunately, there was an unintended consequence to equipping every train with air conditioning. Air conditioning operates on a number of premises, one of which is that heat has to be removed from the closed system being cooled. That heat has to go somewhere, and the somewhere it goes is into the train stations. Many of these stations were built a very long time ago; as we mentioned, the subway has been in operation in New York for over 100 years, long before air conditioning was invented. This means that many of the stations can’t be suitably retrofitted with air conditioning, and that standing on a platform, waiting for a train can mean temperatures nearing 40 degrees; all that hot air has nowhere to go, and no way of being cooled.

Fortunately for New Yorkers, new stations are being built with air conditioning in mind; we sure hope they find ways of keeping cool in those hot stations! For Winnipeggers, staying cool is no object right now; just open your front door! Staying warm, well that takes a lot of energy, and a solid furnace. If your furnace isn’t operating at maximum efficiency, there’s Winnipeg furnace repair available at the click of a button!